After more than 25+ years as a cook, Jean Paul decided to take a leap of faith and pursue his passion project: ApronTie.  After years of dealing with uncomfortable aprons that pulled on his chef’s jacket or rubbed around his neck, Jean Paul taught himself tailoring skills and spent countless hours creating prototypes until he perfected the deceptively simple ApronTie, now patented.

Jean Paul’s hope is that ApronTie helps not just cooks, but everyone who wears an apron. 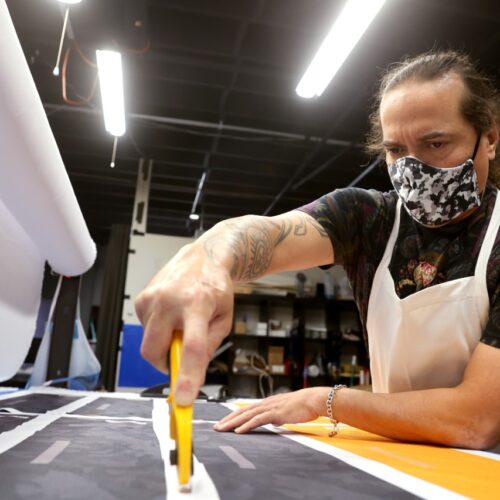 Born in Puerto Rico, Jean Paul Labadie’s love and appreciation of food started in his mother’s and grandmothers’ kitchens. After graduating high school, Jean Paul left the island to attend college in the mainland US. He first studied Medicine at Loyola University New Orleans, but soon following his passion for food, he decided to transfer to and graduate from the Western Culinary Institute in Portland, Oregon.

Jean Paul then made a move of a lifetime when he was offered a job at Chef Emeril Lagasse’s restaurant in one of the great food capitols, New Orleans, Louisiana. From there, Jean Paul had the opportunity to move to Las Vegas, where he worked his way up to Chef de Cuisine at several of the highest grossing Lagasse restaurants including Emeril’s New Orleans Fish House at the MGM & Table 10 at The Palazzo. Jean Paul would go on to help open other restaurants on the Strip, and also served as Chef de Cuisine for several restaurants off the Strip including Marche Bacchus and Garfield’s.

Easy On and Off